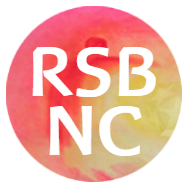 Rudolf Steiner was a brilliant “Renaissance man” from Austria who was a philosopher, scientist, artist, playwright, architect, social activist, teacher and meditant, who had a direct perception of the spiritual worlds.

Anthroposophy, which is also known as Spiritual Science, teaches, among other things, the laws of reincarnation and Karma. It is a Christ-centered view of world evolution. Steiner founded the School of Spiritual Science, as well as the General Anthroposophical Society, which he described as “a union of people who desire to further the life of the soul – both in the individual and in human society – on the basis of true knowledge of the spiritual world”.

In addition to giving over 6,000 lectures, most of which have been made into books, Dr. Steiner helped to found many initiatives that are still Based on his indications, hundreds of initiatives have also developed such as: The Curative education movement, The Camphill Villages for the handicapped, Weleda remedies, Dr. Hauschka cosmetics, Lazure painting, WALA, True Botanica, Astrosophy, Rhythmical Massage, The Alliance for Childhood, Demeter, Anthroposophic Prison Outreach and The Christian Community Church. Many publishing houses and libraries throughout the world are dedicated to his works which were so prolific that a significant number have still not been translated from the original German.

The national website for Anthroposophy in the United States is www.anthroposophy.org